A Fierce Commitment:
The First 10 Years of Washtenaw Community College 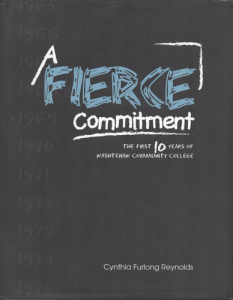 “Washtenaw Community College is truly a grass-roots institution, born of the needs, visions, and dreams of the people of Washtenaw County,” observed Tony Procassini, former WCC Board of Trustees Chairman. This is the story of the first ten ground-breaking years of a remarkable educational institution.

The community college movement was sprouting in small towns and large cities throughout the U.S. in the mid-1960s, when the Ann Arbor, Michigan Chamber of Commerce asked its education committee to investigate options for educating and training the sons and daughters of rural farms and urban city streets.

In 1965, the request became a study and then a referendum asking county voters to approve the creation of a brand new breed of educational institutions, one that would train industry workers as well as provide a general studies education so students could continue studies at a four-year institution. County residents strongly endorsed the proposal and a daring new idea was transformed into the Washtenaw Community College.

This is the story of the turbulent times, remarkable people, and the Fierce Commitment that built the fledgling two-year college into a remarkable institution. 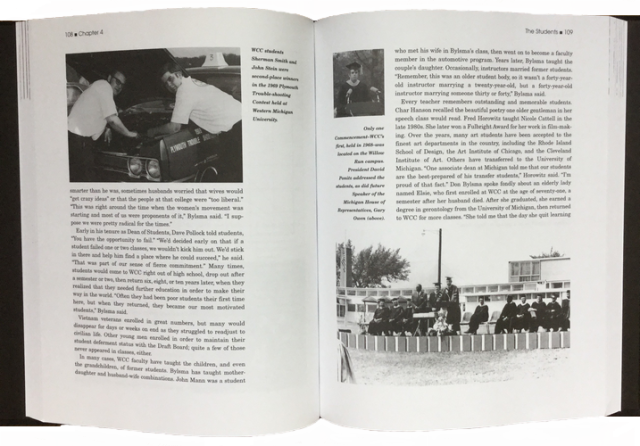