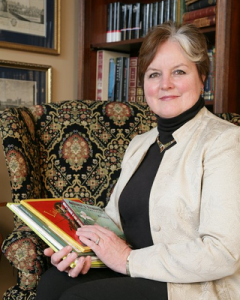 Award-winning writer Cynthia Furlong Reynolds knew at an early age that her calling was to help people tell their stories—an adventure she writes about in Grammie’s Secret Cupboard (2008 Mom’s Choice Award) and in her Young Adult novel Across the Reach.

A journalist whose byline has appeared in more than 50 newspapers and magazines, she has written nine histories, a dozen picture books, a series of early readers based upon a mouse’s adventures (Oliver’s Travels), a young adult novel, countless articles, and dozens of life stories for private individuals.

Ms. Reynolds frequently visits schools to talk to students of all ages about the writing and publishing process. She leads professional development programs for teachers, tutors high school students on the art of writing college app essays, and facilitates workshops for writers of all ages. Every year she undertakes a corporate history, and she helps individuals tell their own stories.

Under the auspices of the Michigan Humanities Council, she regularly leads Prime Time family literacy programs in underprivileged neighborhoods, from the farming community of Hartland to downtown urban sites, among them Detroit, Ypsilanti, Garden City, and Down River.

“I’ve always felt that my most important role is to help people tell their stories,” said Cindy. “I love hearing individuals’ history and helping them preserve those stories. My children’s books often reflect tales from my family. For my MFA in creative writing, I produced a manual called Writing S’mores, because I get so many questions from would-be writers about how to choose a topic and structure a story.

“I took two and a half years to do the MFA and I dropped out of everything but writing. Now I’m back to the action–signings, school visits, leading workshops, editing manuscripts, and helping others record their stories. The world of publishing is very different than when I started in 2001. I think it’s ever more important to have a group these days to help writers of all levels critique and study the craft, in order to tell their stories most powerfully.”

She is a member of the Association of Personal Historians, Society of Children’s Book Writers & Illustrators, Maine Writers & Publishers Alliance, Association for Supervision and Curriculum Development, and several historical societies.

An eleventh-generation Maine native, Ms. Reynolds lives in the country outside Ann Arbor, Michigan, but can often be found in York, Maine or along the shores of Pleasant River Lake in Beddington, Maine. She and her husband have three children and two dogs.

"Improving teachers’ writing skills has had a direct effect on the performance of my students. Cindy developed and presented a S’more model of writing organization with the teachers. Our district and state writing tests measure the applications and conventions of writing. The use of Cindy’s S’more model has greatly improved my students’ organizational skills in writing. Our Writing Application scores on both state and district prompts have risen."

"Cynthia worked individually with teachers and students, instructing, conferring, and editing. We became the beneficiaries of significant gains in students’ written communication scores. The time Cynthia has spent working with Teachers as Writers has provided long-term dividends." 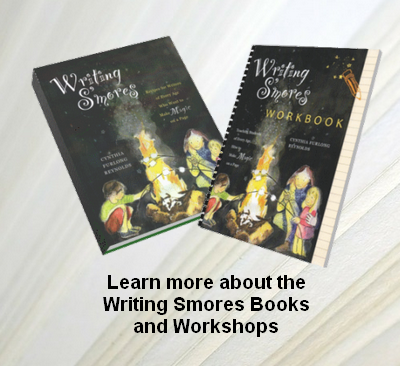