Many German Americans fought in the Great War. Back home, many others endured witch hunts. 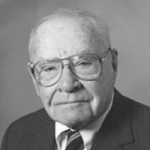 The war demolished empires and reconfigured the map of Europe. Between 9.5 and ten million fighting men were killed; twenty-one million were wounded; 7.5 million were missing or taken prisoner. No one knows how many millions of innocent civilians were killed or maimed, how many children were orphaned, and how many families lost their homes.